You know that feeling when you see someone and just can’t place where you know them from?  Well that happened to me in the most strange way!

While hosting a bone marrow drive at the Mixed Remixed festival June 11th, I was flipping through the festival program.  Some recognizable faces in the mixed community I have worked with were in there, but there one person I could not place for the life of me.  I knew her face, but knew I never met her.  She was on a Hapa writers panel and her name rang a bell –  Victoria Namkung, but from where? Maybe I read something she wrote?  Or maybe I have just seen her at a previous festival?

Then it dawned on me!  She was in our film!  At about 58 minutes in, you will see Victoria for a brief second appearing on a page of a pamphlet flipped through during our filming at City of Hope. 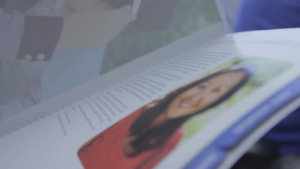 She became donor spokesperson and was featured on many Be The Match materials after donating her stem cells to a young man in 2006.  Not only is Victoria a lifesaver, but she is also a very talented and successful writer.  She has written for the Los Angeles Times, Huffington Post, VICE, and InStyle among many others.  She has even used her platform and voice to bring attention to the need for more diverse donors (she herself is Korean and Jewish), writing articles like this one for the Huffington Post which coincidentally mentions Hunter’s story, a patient in our film.

Once I realized the connection and found out how much of an amazing human being she was, I had to meet her!  I wanted to learn more about her story so we met for lunch.  Victoria shared how saving the life of Jaciel was one of the best things that happened to her.  She also said how profound of an impact it made on him to go through this experience– he even named his daughter after her. 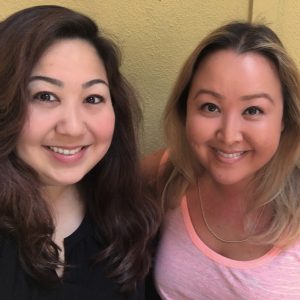 Meeting Victoria proved that there are many angel lifesavers among us and I am so thankful it is someone who not only went forward to go on to donate, but she took that extra step by lending her voice and talents to help register more donors.  So happy I met her and excited to possibly work with her at some point!