We just found out that our latest film Mixed Match was just awarded the Audience Award for Documentary at this year’s CAAMFest in San Francisco! This was the Bay Area premiere for the film and we couldn’t be happier with the recognition. We had a great screening on the Sunday afternoon of March 12th with a great turnout. Were had AADP there registering people up to the Be the Match stem cell registry after the screening.

CAAMFest is regarded as one of the most prestigious Asian American film festivals and we’re so blessed that our film is resonating with audiences across North America. Huge thanks to Athena Mari Asklipiadis for logging a bunch of miles with me as we continue to tour this film from coast to coast and signing up a bunch of people to the stem cell registry along the way.

Super huge thanks too to all the people who’ve helped along the way and who poured their heart and soul into making Mixed Match! 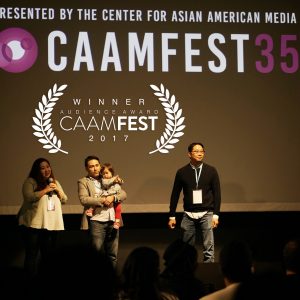