We had a great start to our North American fall film festival tour! We started off with another screening in Vancouver at the Vancouver Asian Film Festival on Friday evening, November 4th. Around 200 people attended the screening and we had a great response to people signing up to the OneMatch Stem Cell Registry with 15 diverse sign ups! It was really great to see family and friends who couldn’t make the world premiere at the Vancouver International Film Festival back in October.

We had another screening in San Diego at the San Diego Asian American Film Festival on Sunday, November 6th so I wasn’t in town when it was announced by VAFF that Mixed Match had won the People’s Choice Award for Best Overall Feature! All of us at Mixed Match were over the moon hearing that we had won our first film festival award. It was also really great to receive the award from a festival in my hometown!

A few days later while in Honolulu for the Hawaii International Film Festival, we found out that we were runner up at the San Diego Asian Film Festival for the Audience Choice Award. There were some really popular Korean films that screened at SDAFF so we were really honored to find out we came in as the second for the Audience Choice Award. There’s no official prize attached to being runner up but it’s great to know that the film is resonating with audiences across North America! Let’s hope we can keep it up! 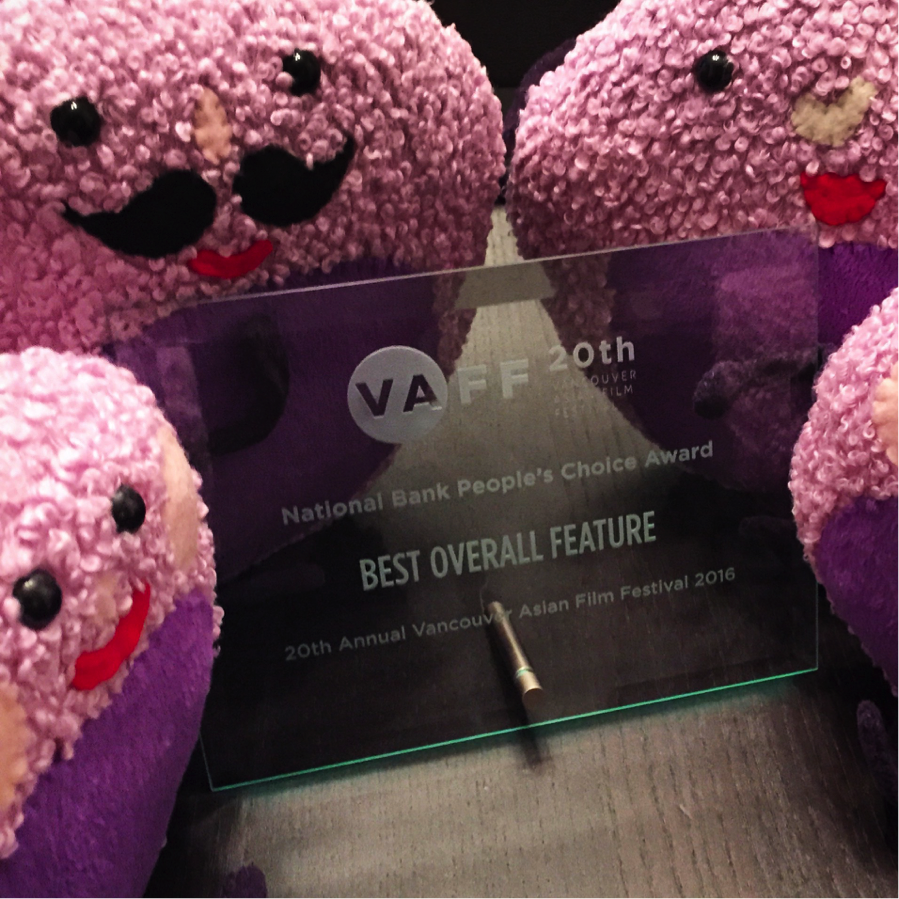